How the Collge Rankings Were Done

The 2018 Money Magazine college rankings have just been published. That means that parents and kids have a new, statistics-based list of college ratings that they can consult before picking colleges that are application-worthy. (We thought that the US News rankings would fill the demand for ratings, but the appetite for them is apparently great.)

The emphasis of the Money Magazine rankings appears to be to identify colleges that deliver good value. (After all. the publication behind the list is called Money Magazine.)

But we also wanted to get a better idea behind the methodology that Money Magazine used to select colleges that make its rankings. Fortunately, the publication has been transparent enough to explain how they built their list. The following information is available on the Money Magazine website; we are offering only edited highlights of it in today’s blog post.

Which Colleges Qualified for Consideration?

A total of 727 colleges and universities made the list because they met the following standards. They  . . .

What Factors Were Considered?

And Which Schools Earned Top Rankings?

After weighing all those factors – and more – Money judged that the top 10 U.S. institutions were, with the top-ranked school listed first:

How Useful Are those College Rankings?

That is, as always, the most important question to ask when using statistics-based comparative rankings of colleges and universities. Will students really get better value, or a better education, from a college that is ranked first than they will from one that is ranked #75? The answer is, it all depends on a number of factors that may include the major field of study, the financial circumstances of the student, and many others.

The bottom line? By all means review college rankings and ratings. But in the end, it all comes down to selecting the college that is best for you.

Not sure which college is right for you?

Participate in the National College & Career Pathway Study and receive information on college and career opportunities that match your interests.

Does It Make Sense to Transfer Colleges When You Declare Your Major
The Realities of College Admissions Discrimination
How Will Google’s Expanded College Search Affect Colleges and their Applicants?
Academic Neutrality: How to Tell If a College Has Been Taken Over by Special Interests
What Statistics Tell Us About Changing College Majors

Be sure to investigate the Student Research Foundation’s Personal Achievement College Scholarship program. Over the last 20 years, we have given away more than $1 million in scholarships nationwide. 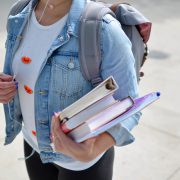 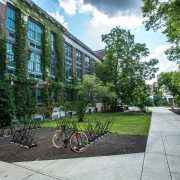 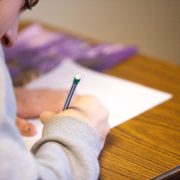 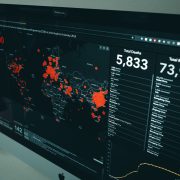