As you have noticed, American higher education has just gone through a period of cataclysmic change. Can you think of another four-year period when colleges have removed the names of their slave-holding founders from buildings, and when students have been expected to continue to pay full tuition while attending classes remotely?

Those are only two of the changes we have seen, some of which we have come to accept as a new and normal way of educating students. They are very big changes.

But here is something to think about . . .

A period of even more dramatic change could soon unsettle the world of American higher education.

That’s right, the change we are about to see could well be even more dramatic than everything that has happened during the last year or two.

Please let us say, we are not predicting that the changes we mention below will take place. Many of them may not. We are simply suggesting that this might be a very good time to look at some of these trends and decide which of them we think might happen. And if we think some of them might, we should also think about how we should prepare.

Trend One: Affirmative Action in Admissions Could End Soon

Harvard, Yale, and other institutions are coming under increased fire for practices that have traditionally allowed them to consider religion, race, and ethnicity when deciding to admit students. If those cases, and the government, will reduce colleges’ leeway to admit whom they want to, what will the long-term effects be? If institutions are required to consider only applicants’ GPAs, test scores and extracurriculars while ignoring race and other background factors, what will the effect be on the experience of going to college? Another question? Is it inherently more ethical, or less, to consider issues of race and ethnicity when building an incoming class?

Trend Two: Tuition Could Be Eliminated for Public Institutions

We don’t know how likely it is that this could happen. But the idea did come up during the lead-up to our most recent presidential election. So, what could it mean if all public colleges and universities – from community colleges to big state schools – suddenly charged no tuition to state residents? As some analysts have pointed out, the idea of going cost-free is not really all that radical. It has long been in practice in public school systems across our nation.

If this idea were ever put into practice, the changes in the way we educate your young people – and even in the way we conceptualize what it means to go to college – will shift under our feet. Elite colleges will have to make a case for what they offer that is worth charging for, for example. Would having to answer questions like that be a good thing for students, or not?

Many people who work in higher education think that doing away with standardized tests is a wonderful idea, and something that is long overdue. Also, many schools are testing out this idea already in the current year; they have eliminated testing requirements for students who apply.

But consider the ramifications. Colleges have traditionally defended their use of the SAT and ACT on the basis that those tests offer a way to compare students who come from different regions of the country, different school systems, different backgrounds, etc. Is that true, and what will happen to the shape of incoming classes if that admissions tool suddenly goes away? Other parts of the college admissions industries will be affected too. If the tests go away, so will test tutoring, and all forms of test prep. The test companies themselves could close their doors. So if tests are indeed eliminated, what will that mean for students, families, and schools?

President-elect Joe Biden has already said that if he can, he would like to reduce or forgive student debt. We know that doing so would go a long way toward helping college grads gain a financial footing as they begin their lives and their careers. We agree that doing so would help many people, but questions remain. How much would a bailout cost our government? Who would pay for that? What would the impact be on lending institutions? And to think even further ahead, what could it mean to future college students who are thinking about borrowing to pay their college costs? Nothing happens in a vacuum, after all. What will the secondary effects be?

We have already seen this trend begin at many American schools. If it continues, the effects on many colleges and universities could be extreme. Some smaller colleges that have already relied on foreign students to come and pay full tuition, are already suffering financially. Plus, our society is being transformed. In the past, many foreign students came to America to earn degrees here, and then they stayed in America to practice medicine, engineering, and other professions. That represented a winning situation for the students, the colleges, and for our society too. If the number of foreign students continues to fall, what long-term changes will take place everywhere in America?

Where will we be if all these changes happen soon?

We Invite You to Explore Your Students’ College & Career Options with Us. . .

STEM Careers: Two Mega-Trends for Students to Watch in Year 2020 and Beyond 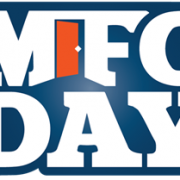 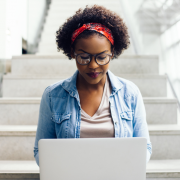 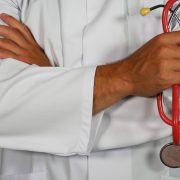 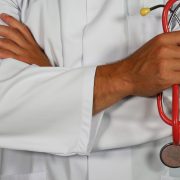 More Students Should Be Thinking about Careers in Health Services Today 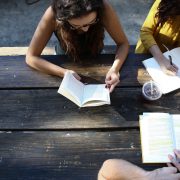 Is This a Great Time to Take a Gap Year Before Starting College . . . Or…

Study Finds the Pandemic Has Caused More Students to Question the Value of ...

How Has the Pandemic Affected Students’ Mental Health?
Scroll to top