National Black History Month is observed this February across the United States. How will you be celebrating in your classroom? What lessons and experiences will you offer your students?

Like many teachers, chances are you will profile and study notable African-Americans from the past. There are so many, of course, that it can be hard to decide whom to choose. Should you have your students learn more about Rosa Parks, Jackie Robinson, Dr. Martin Luther King, John Lewis? Who, exactly?

But here is another suggestion. As you study notable achievers from history, why not also let your students learn about some Black heroes who are making the news today? Studying current heroes can help students realize that not all African-American heroes made their contributions in the past. They are still doing so today.

Here are some current Black heroes, making headlines today, that you and your students can explore.

Ariana DeBose, Actress and Oscar Nominee for “West Side Story”

Ariana DeBose has just been nominated for an Academy Award as Best Supporting Actress for her portrayal of Anita in the new movie version of “West Side Story.” How is that for exciting?

Previously, she appeared in “Hamilton” on Broadway from 2015 to 2016. She could be on the brink of major stardom. And incidentally, her mother is a teacher! We really can’t think of a more exciting contemporary African-American woman for your students to study, can you?

Sir Lewis Carl Davidson Hamilton didn’t just break into the ranks of top Formula One drivers – he broke through all the ranks and is, arguably, the top racing driver in the world today.

Hamilton, who was born in England, currently competes in Formula One for Mercedes-Benz, having previously driven for McLaren. In Formula One, Hamilton has won seven World Driver’s Championships. He holds the records for the most Formula One wins (103), the most pole positions in races (103) and the greatest number of podium finishes (182), not to mention other records.

Hamilton has won the respect of the racing world, and other drivers too, for his total commitment to physical conditioning and meticulous preparation for every race he enters. We think you will agree that he is an inspiration and a supremely fascinating topic of study.

Since he was among the winners of the Metropolitan National Council Auditions in 1996, American bass-baritone Eric Owens has rocketed to preeminence as a star at the Metropolitan Opera and other leading opera companies around the world. Owens has built a completely unique career in a completely unique way, appearing in contemporary operas and winning great acclaim in Wagner operas.

He is a great subject for study, and a towering artist who is sure to fascinate your students.

Misty Copeland is a principal ballet dancer for American Ballet Theatre (ABT), one of the three leading classical ballet companies in the United States. On June 30, 2015, she became the first African American woman to be promoted to principal dancer in ABT’s 75-year history.

She is an inspiration to young dancers and author of books that include Bunheads, a book for young female dancers who just might want to follow her path to dance.

She is inspiring, beautiful, accomplished . . . and much more. Simply a great person for your students to study and report on in your classroom.

Jerry Pinkney, who passed away last October, was a masterful artist who illustrated more than 100 children’s books during a career that lasted for more than 50 years. He won the Caldecott Award, the Globe-Horn Award, and The Coretta Scott King Award, among many others.

His work is currently the subject of a major exhibition at the Montclair Museum in New Jersey, which affords a great learning opportunity for students who live in the New York area.

He was a major American artist your students should know about!

We Invite You to Explore Your Students’ College & Career Options with Us . . . 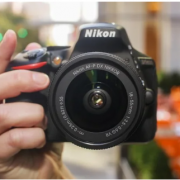 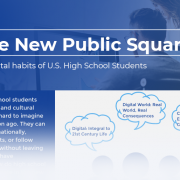 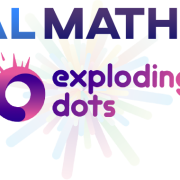 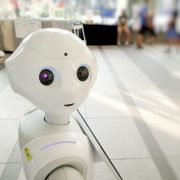 Free Online AI Courses Your STEM Students Should Know About 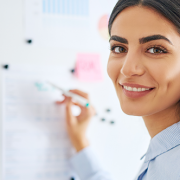 Three Positive Educational Trends that Have Emerged from the Pandemic 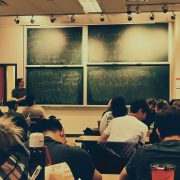 Black Teachers Needed More Than Ever