Everyone who works at a college or university today is aware that seismic changes are taking place in the makeup of student bodies. Plus, more changes are on the horizon.

In today’s post, we would like to point to four trends that are affecting student bodies at colleges and universities across the United States. Please be aware that we are not passing judgment on any of the developments we will mention below. These trends could be ethically bad or good, but we are leaving it up to you to determine that.

Trend One: The Loss of Foreign Students

This trend has been widely covered in articles and even on the evening news. (“Loss of international students could damage US economy, experts say,” a story aired by ABC News in July, is only one example.)  That reduction in the number of foreign students studying in the U.S. is due to more restrictive immigration policies that have been implemented by the Trump administration. Also, current travel restrictions due to Covid-19 have reduced the number of foreign students on U.S. soil by 95% or more.

Also consider these trends that are being caused by the reduced number of foreign students:

Impact on the U.S. economy. According to figures from the U.S. Department of Commerce, international students contributed $45 billion to the U.S. economy in 2018. Those monies came from tuition, fees and living expenses. Yet the lack of money coming into the U.S. is only part of the story.

A brain drain. In decades past, many foreign students who earned technical, medical, scientific, and other degrees at American universities continued to contribute to American life by remaining here after completing their studies. Now those students are not even coming here to start their studies. The result? The power of our universities to train people who will contribute to life here has become severely diminished.

A diminishing quality of student life. Foreign students and diverse student bodies have contributed to the experience of going to college for American-born students. Now that is being lost.

A loss of income and financial trouble for many American colleges. Until the current loss of foreign students began to take hold, many smaller colleges and universities came to rely on them as a way of filling their classrooms and generating income. Now those colleges are confronting the problem of dwindling student bodies, often with extreme reductions in income.

Trend Two: Coronavirus-Related Alterations in the Makeup of Student Bodies

With 200,000 Americans now lost during the pandemic in a short period of time, we are only now beginning to realize the changes that have occurred in student enrollments. However, it is likely that these related trends will emerge:

An increasing number of students will need financial aid in order to attend college. This will be due to two essential factors. The first is that many of the 200,000 American families (and possibly even more before the pandemic is controlled) will have lost a breadwinner who would have contributed to a student’s educational expenses. The second factor is that many adult breadwinners will have lost jobs or experienced other financial hardships due to the pandemic.

An increasing number of students will be relying on finding well-paying jobs immediately after graduating college. Their families will be counting on them to find work fast. Will this trend cause fewer students to apply to postgraduate programs of study? Will an increasing number of future physicians come from wealthier parents and families that are able to pay the high cost of medical school immediately after their children finish college? Changes like those, if they become reality, could stratify the class structure that exists within student bodies and dramatically alter the experience of attending college.

An intensified interest in “giving back” by entering health care fields. This could be a positive trend that results from the pandemic because students who have survived it could have an increased desire to “give back” to society by contributing to public health.

Granted, immigration and travel restrictions due to Covid-19 will diminish the number of foreign students we see enrolled in American colleges and universities. Yet an earlier and larger trend was already at work that can counterbalance that trend: America was becoming increasingly diverse before Covid-19 began.

For more information, see “Six maps that reveal America’s expanding racial diversity” from Brookings online.  According to Brookings, “In less than one year, the 2020 census will record just how much more racially diverse the nation has become, continuing the “diversity explosion” that punctuated the results of the 2010 census. While less authoritative than the once-a-decade national headcount, recently released U.S. Census Bureau estimates for 2018 make plain that racial minority populations—especially Hispanic, Asian and black Americans—continue to expand, leaving fewer parts of the country untouched by diversity.”

These related trends could emerge:

Ethnic, religious, and racial diversity will increase among students who were born in the United States. This will be a fascinating trend to watch, as diverse Americans enrich the culture on American campuses.

Diverse American-born student populations will be less economically stratified. One reason is that Hispanic-Americans, African-Americans, and Asian-Americans are opening businesses and sending their children to college at rates that are increasing more quickly than those reported among traditional “White” citizens. A great leveling-off is taking place in which students from all backgrounds are meeting each other in college on a level social and economic playing field.

Trend Four: Affirmative Action in Admissions Is Under Fire

Just a few weeks ago, the U.S. Department of Education wrote a letter to Princeton University, demanding files and accusing the university of engaging in race discrimination in its admissions policies. To quote from that letter . . .

“Based on its admitted racism, the U.S. Department of Education (“Department”) is concerned Princeton’s nondiscrimination and equal opportunity assurances in its Program Participation Agreements from at least 2013 to the present may have been false.”

To translate what is going on, the Department of Education is maintaining that because Princeton receives federal funding, it cannot legally consider race when it is making admissions decisions. Although the Department’s motivations are subject to interpretation, they seem to be an effort to end the practice of affirmative action in Princeton admissions. Our government, it seems, would like to see schools like Princeton stop giving advantageous consideration to “minority” students.

Note that other American universities, including Harvard, have been facing similar pressure to end practices that are intended to build student bodies that are more racially diverse.

If the Department of education prevails in this matter, the following trends could affect student bodies on campus:

The ethnic and racial makeup will skew toward “Whites” and Asian-Americans. The percentage of high-potential African-American students and Hispanics from inner cities and disadvantaged economic backgrounds will fall.

The racial diversity of medical schools, law schools and other postgraduate programs of study will be reduced. We would hate to see the ranks of future physicians and other health care providers become less diverse. But given current trends, that could well happen.

The quality of life on college campuses will diminish. Why? Because diversity makes student life livelier and more interesting.

Ready to see bigger issues about the relationship between college majors and career success? Participate in the Career Pathway Study and you will be empowered with new information to make career and educational decisions that ultimately align with your interests, passions, and aptitudes. 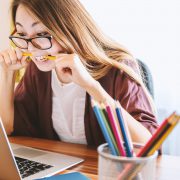 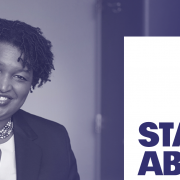 Three Questions Stacey Abrams Wants You to Ask about Your Goals 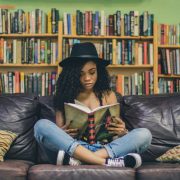 Reading Skills Are the Biggest Predictor of Career Aspirations

Has Covid-19 Driven a Permanent Wedge Between America’s Public and Private Schools? 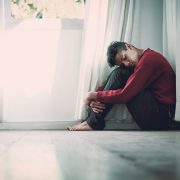 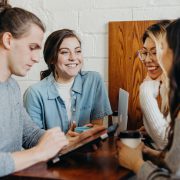 Why Just Getting Students Back into Classrooms Is Not Enough